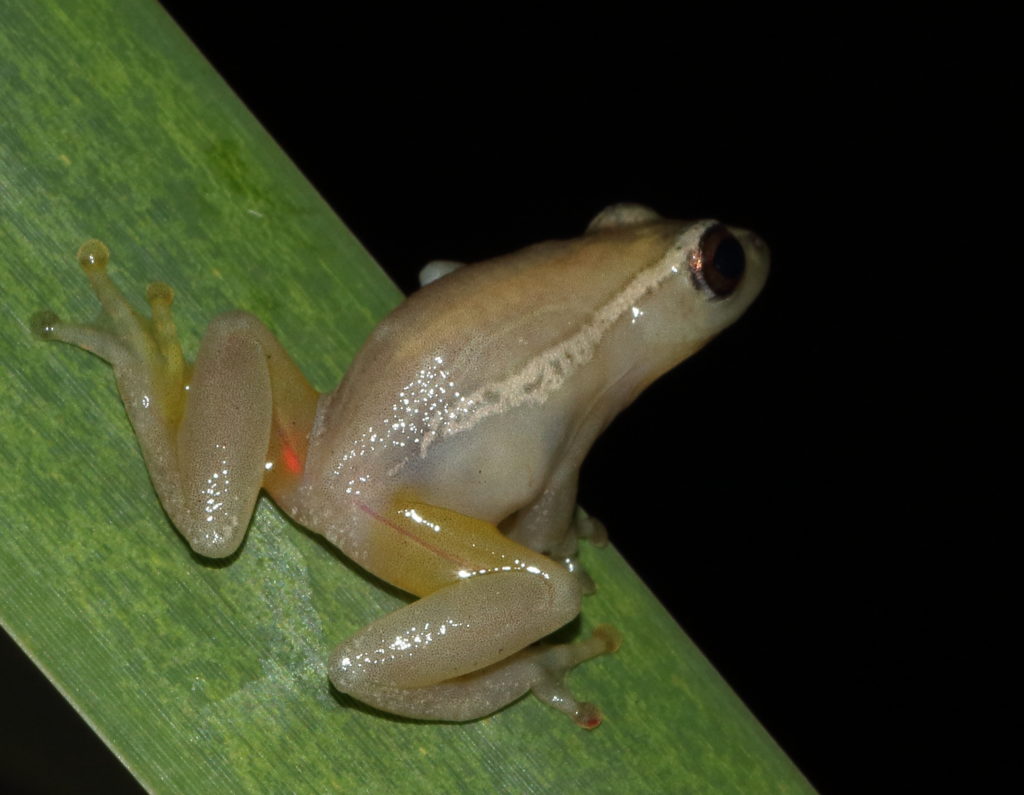 Ezemvelo KZN Wildlife released a batch of Pickersgill Reed frogs into the Riverhorse Valley wetland area on 10 November 2020. This is the second batch with 400 frogs being released along with 75 tadpoles. The Ezemvelo team is hoping that the tadpoles will metamorphose into adults and adapt to the eco-system and remain in the RHV wetland. This species of frog is critically endangered with their natural habitats being in decline. The first batch of 50 frogs and 20 tadpoles were initially released in Riverhorse Valley on 18 February this year.